““I’ve seen things you people wouldn’t believe. Attack ships on fire off the shoulder of Orion. I watched C-beams glitter in the dark near the Tannhauser gate. All those moments will be lost in time… like tears in rain… Time to die. R.I.P””

“This post was originally written in 2015, but upon re-reading it today, it still (just about) holds up, so I finally hit publish.
I had thought that an EdgeConf panel would be about developers not using JavaScript because they were more interested in building high end web apps, full of WebRTC, Web A…”

“Mastodon is a relatively young social network that aims to be a privacy concious, federated Twitter. Most people opt to join one of the larger servers ([tooter.today](http://tooter.today) can help find one if you want) but you and I are not most people. We like our privacy and our self hosted services, so, we’re going to setup a personal Mastodon server that ticks off all the boxes: – Single user – SSL protected – Email ready”

“I am a devotee of the Machine God”
- powerful
- people will assume you have ACTUALLY lost your marbles
- or even better, they’ll know it was a 40k reference, and avoid you altogether https://t.co/i1ipcztmYA”

“(written by hand on July 16th, in the French country side, typed out and edited on the laptop after returning home)
Some notes on my experience with mobile blogging in the past few weeks that we spent in France. Normally I don’t post at all during our holidays. However it usually is a time I write…”

This burst of hobby time brings my #Painthammer2019 tally to 45 so far for the year, with a bunch more planned now I’m getting into a regular pattern again. /cc @JewelKnightJess 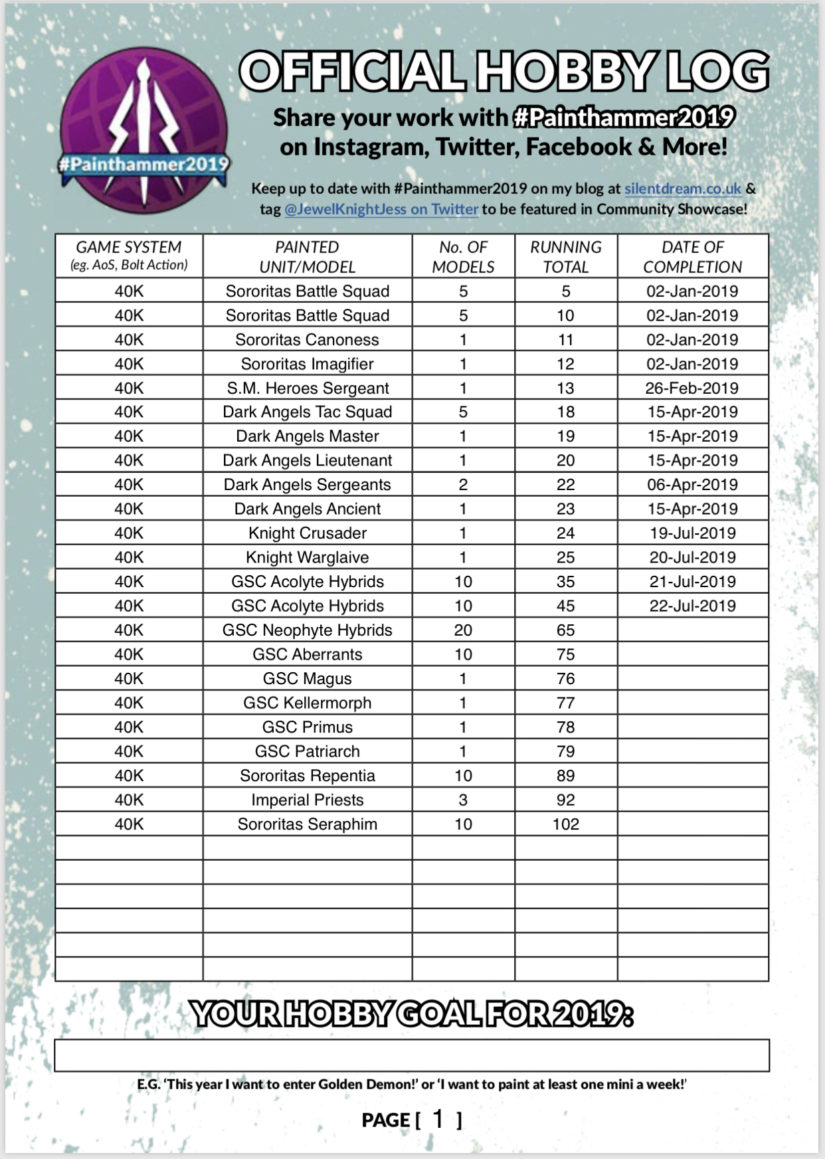 ““Next is the first finished unit from the #Contrast experiment Genestealer Cults – the obligatory hand flamer Acolyte Hybrids. Very rough, but more than adequate for <25 minutes per model. #PaintingWarhammer #Painthammer2019 (https://t.co/QDYq0WC7aR)”" 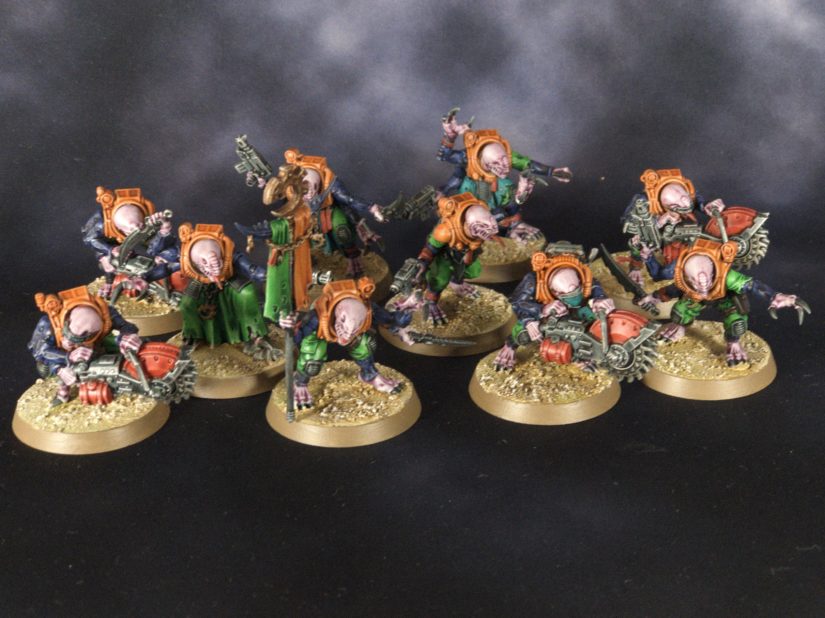 ““Next is Meston, Squire Primus of Ser Barriston. This was a speed paint, and I had to save it from some bad varnish frosting, so it’s slightly janky in places. #paintingwarhammer #painthammer2019 (https://t.co/OFupvlqfFA)”” 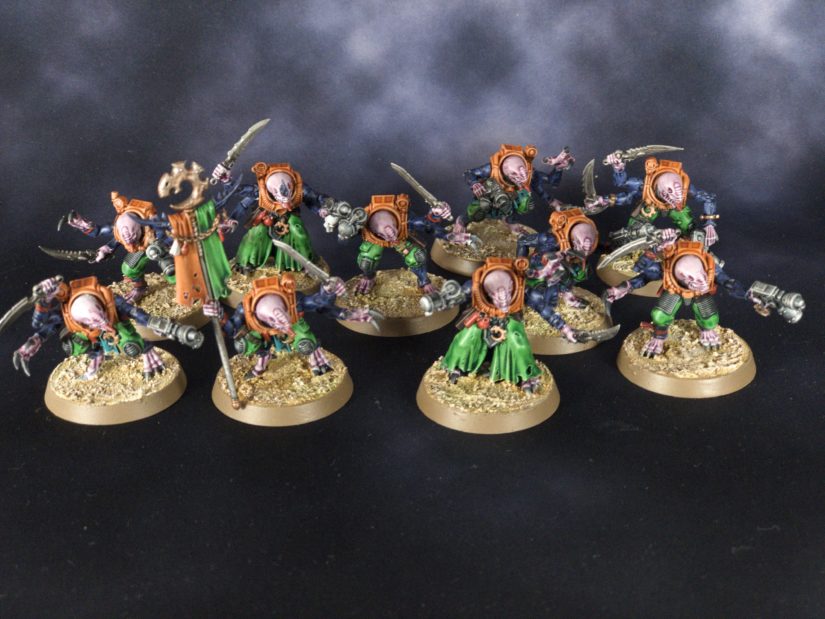 Next is the first finished unit from the #Contrast experiment Genestealer Cults – the obligatory hand flamer Acolyte Hybrids. Very rough, but more than adequate for <25 minutes per model. #PaintingWarhammer #Painthammer2019

““First up is Ser Barriston of House Payne. I’ve shown off several WIP photos of this one before, but now it’s “finished.” #PaintingWarhammer #Painthammer2019 (https://t.co/mXhXiLbrGY)”” 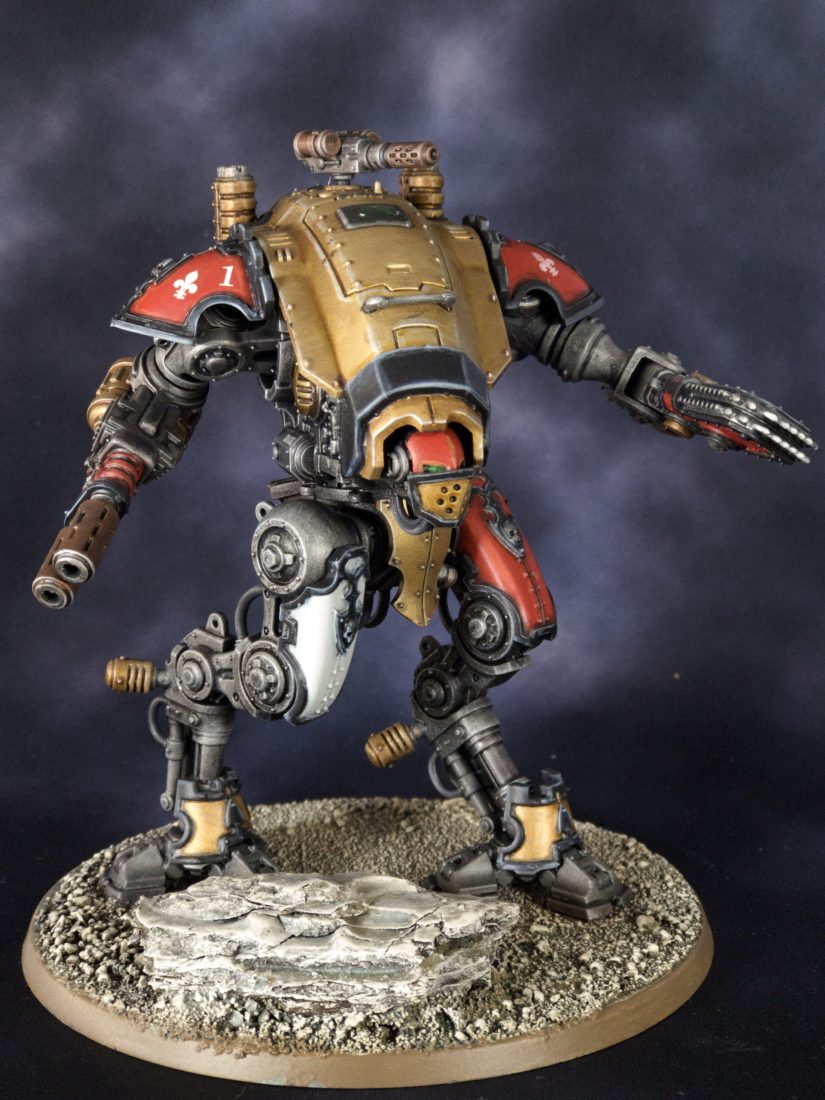 Next is Meston, Squire Primus of Ser Barriston. This was a speed paint, and I had to save it from some bad varnish frosting, so it’s slightly janky in places. #paintingwarhammer #painthammer2019

““I completely forgot to post some stuff for #MiniatureMonday, so I’m going to show off everything I finished over the weekend in a couple of posts (to follow) (https://t.co/zVGM0szbPu)”” 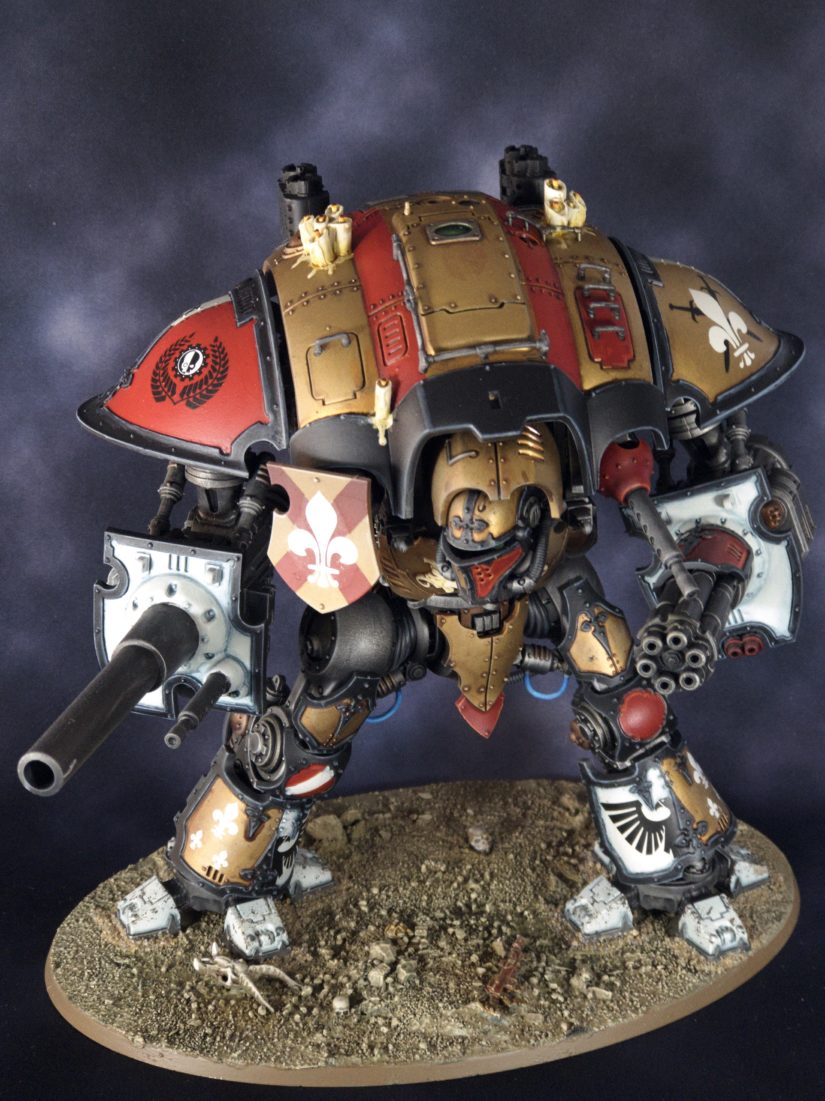 First up is Ser Barriston of House Payne. I’ve shown off several WIP photos of this one before, but now it’s “finished.” #PaintingWarhammer #Painthammer2019

I completely forgot to post some stuff for #MiniatureMonday, so I’m going to show off everything I finished over the weekend in a couple of posts (to follow)

““Remember 2014, when I didn’t experience heart palpitations upon hearing the phrase “UK politics”?””

I asked a local slater to come round and inspect my roof so I could get a repair quotation. They said they’d be here at 11am. Myself and my partner have been in all day. No one has turned up to inspect anything, but we’ve somehow still received a quote… 🤔

The fact that the racist, incompetent, dishonest, feckless Boris Johnson can become Prime Minister of the UK should inspire us all. It proves truly *anyone* can reach the highest office in the land with enough “aspiration.”

No?? OK, I tried. #GallowsHumour

Tradesman who are on time don’t exist, do they?

💖 Liked: 20 Years of Blogging: What I’ve Learned by Anil Dash

“This week marks the 20th anniversary of this blog. I thought the best way to observe the milestone, and to try to pass along some of the benefits I’ve gained from keeping a presence online all these years, would be to share some of the most important things I’”

“A post that's partly #IndieWeb, partly #OwnYourData, but mostly about the revial of the #PersonalWebsite and just why you should have one too - https://t.co/S4Had4ylsv”

Harking back to the glory days of RSS readers, but with a more modern, social twist.

Read more about it here: https://t.co/Rk3iai1QvM”

Directed by Chad Stahelski. With Keanu Reeves, Riccardo Scamarcio, Ian McShane, Ruby Rose. After returning to the criminal underworld to repay a debt, John Wick discovers that a large bounty has been put on his life. 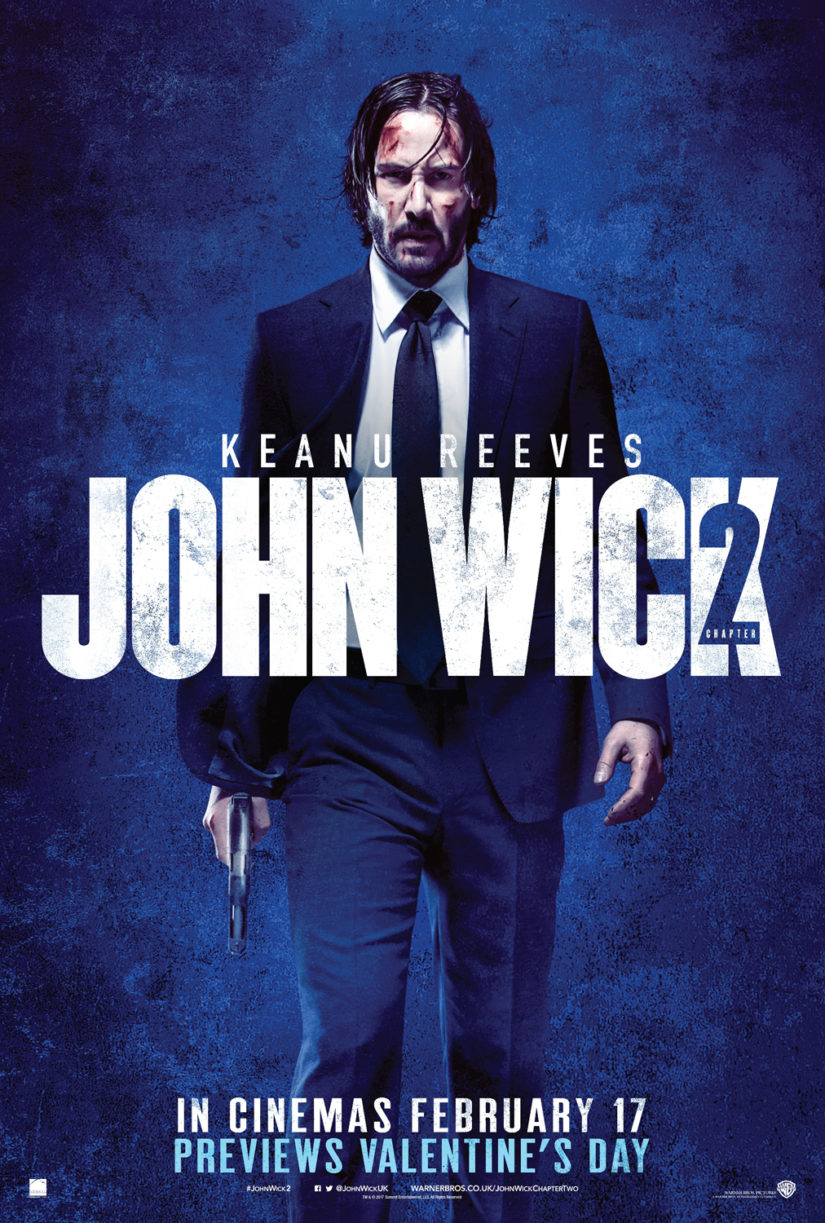 I enjoyed John Wick: Chapter 2, when I watched it on Saturday night. I don’t think I enjoyed it quite as much as the first John Wick. I found it felt quite a bit “grander” and was more graphicly violent than the first film, but I guess that comes with getting a bigger budget after a surprise hit. My fear that it would strip back too many layers and mysteries from when I watched the first John Wick, in trying to “world build” into a franchise weren’t entirely founded – there wasn’t any clunky or overt exposition I noticed, just some points handled (mostly) naturally in context of the dialogue. Stuff like the “rules” of The Continental, and the consequences of breaking them. How all these pieces fit into the wider picture of assassins, crime lords, and secret societies were left pleasingly ambiguous (for now).

As with the first film, the cinematography was gorgeous. The light and sound design, combined with the framing and editing were absolutely on point. At no time was I unable to follow what was going on in an action scene – something which can’t said for too many “blockbuster” films these days. The plot felt like a reasonably logical continuation of the first film, and the main character was fleshed out in nice, subtle, ways.

Sadly, I need to wait until mid-September before I can watch John Wick: Chapter 3. I didn’t have high expectations when I started the series; I expected it to be somewhat overhyped and empty. But now I’m keen to find out how the story wraps up (or not, as the case may be).

“@jackyalcine Agree, video tough. If openly licensed can use @internetarchive. Also been thinking about peertube. “

I’ve been thinking about video lately too. For very short clips (<2 minutes) I think I would self-host, despite WordPress making it awkward as heck in my experience. Anything longer than that and it’s more of a conundrum.

Could small, “collective” PeerTube instances in the vein of runyourown.social be viable? Needs buy-in from interested parties — or a benefactor — but it’s a way to spread the hosting costs around while offering an alternative to a community. /cc Jacky.

Meanwhile broke-ass HTML/CSS devs are here with our off-brand <buttons> trying to pay for our busted blinds.

Helping my partner get started in the hobby with her Nighthaunt has got me itching to start something new for Age of Sigmar, but I’m at a loss as to what. No faction is really standing out; I like elements of most, but none enough to invest in 🤔