I’ve wanted to enter Armies on Parade for several years now, but I’ve never managed to get myself organised in time. This year might go the same way, but I’ve at least started on the display board, which is further than previous years!

I have a unique constraint on my entry: for logistical reasons, my entire entry must fit in a carry case. Assuming I use the largest I have, the Battlefoam P.A.C.K 720, that means my entry has a footprint of 12″ x 15″, give or take. The standard size for Armies on Parade is 24″ x 24″ – so I have roughly half the space available to me of most other entrants!

I’m not 100% set on which army I’ll be taking. Most likely it’ll be Space Marines of some order, for 40K. If I enter for AoS, it’ll be the Deepkin army I started through a Path To Glory campaign. I have the clearest idea for a 40K board, so that’s where I’m starting today.

I ordered 2 custom cut pieces of plywood to serve as my base board. This saved me the hard part of betting my edges straight. I’m only using 1 for now, so the other is on standby, just in case. 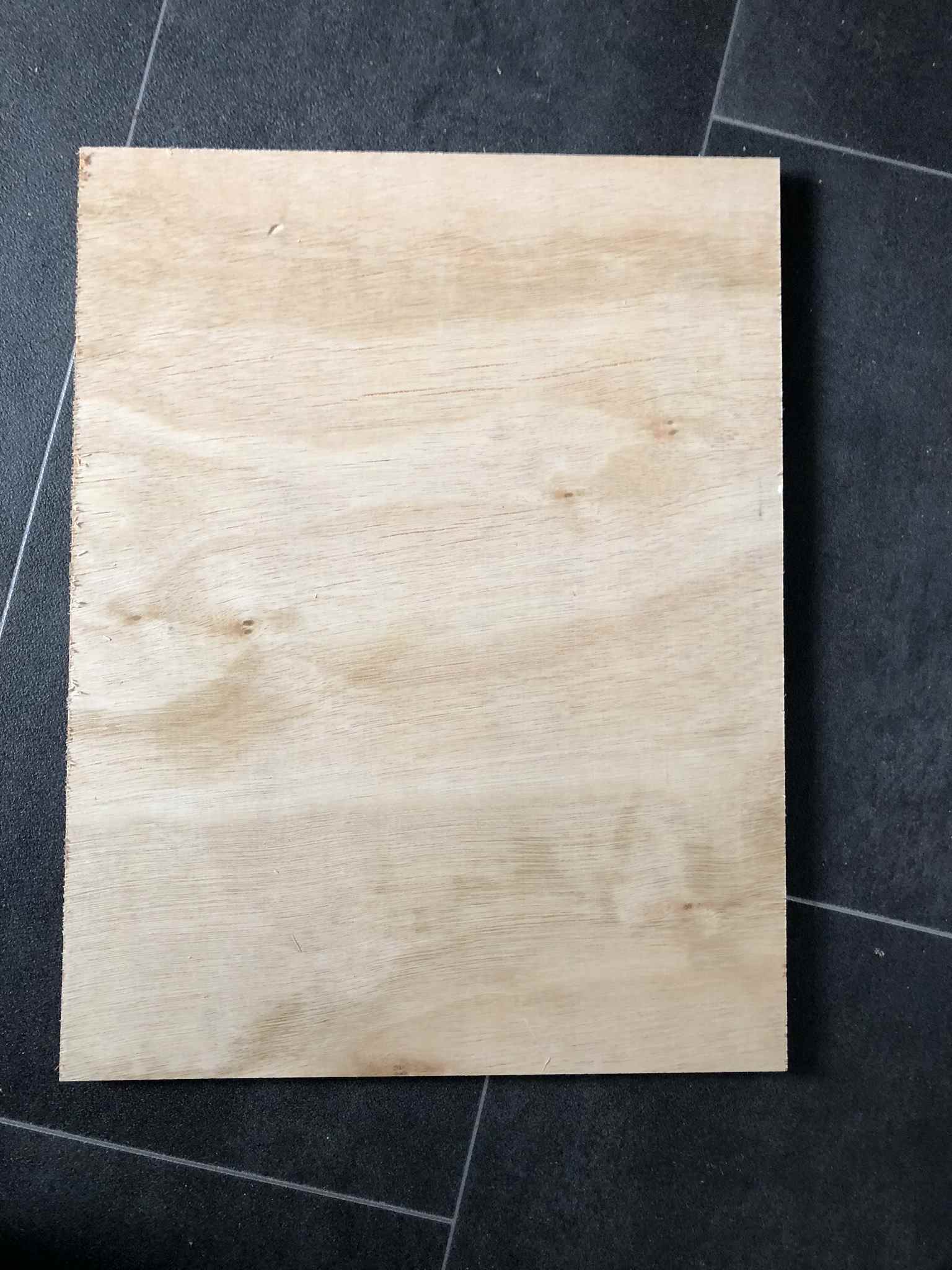 With my base sorted, I needed to figure out a theme, and how I was going to build it. Kill Team is providing the inspiration this year, so I figured the Sector Imperialis look is the perfect place to start. I could also cheat a little bit here. I had a solitary tile from the Sector Imperialis Realm of Battle board lurking at the back of a cupboard, from a previous planned entry. Obviously, it’s too big for my diminutive board, but that’s why Man invented power tools! I laid the board on top of the tile, where I thought I’d get a good mixtue of details, traced around it with a sharpie, and then set about it with a jigsaw. 5 minutes of cutting with a blade rated for aluminium, and I had a section of the tile roughly cut to size. 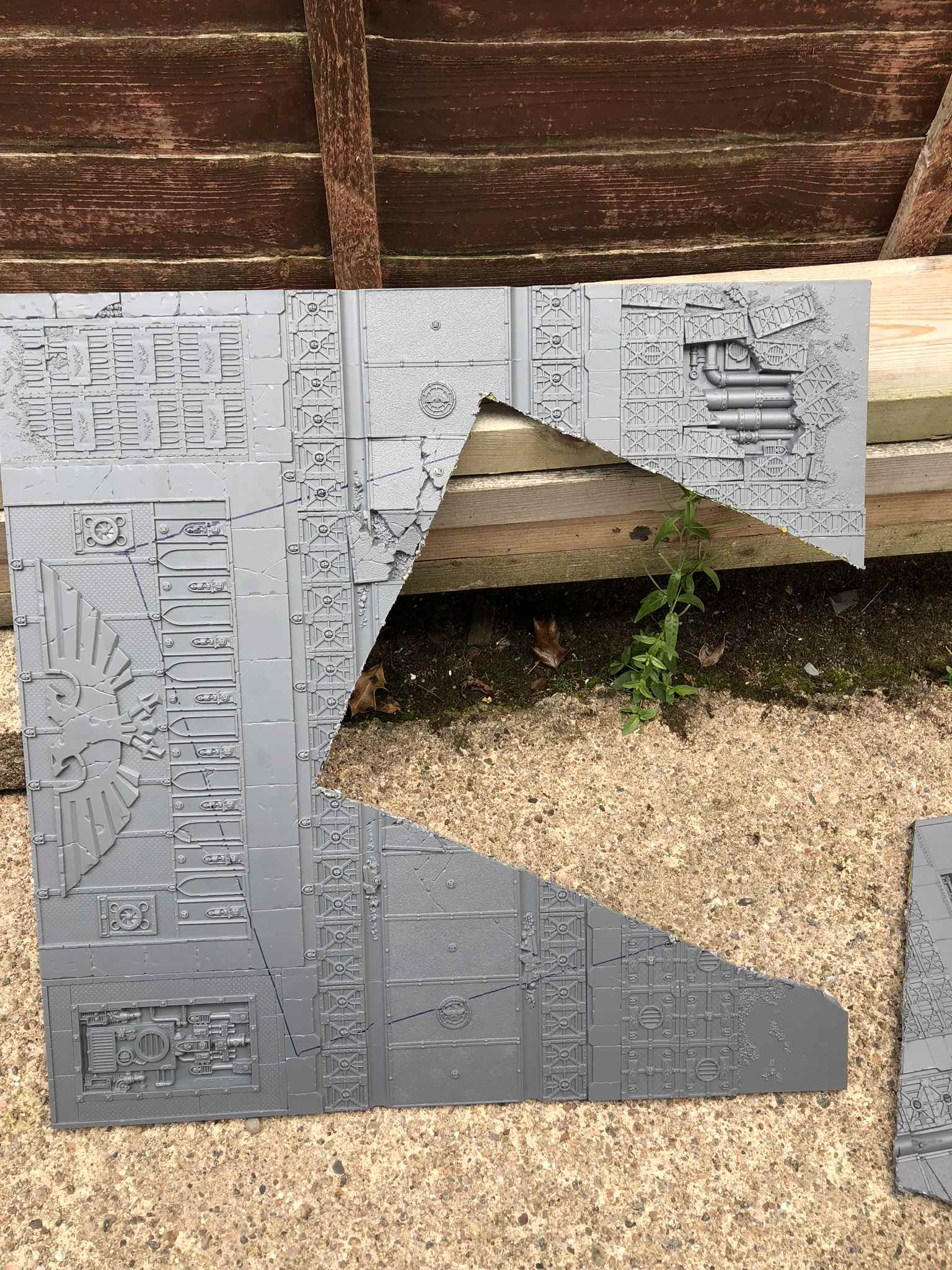 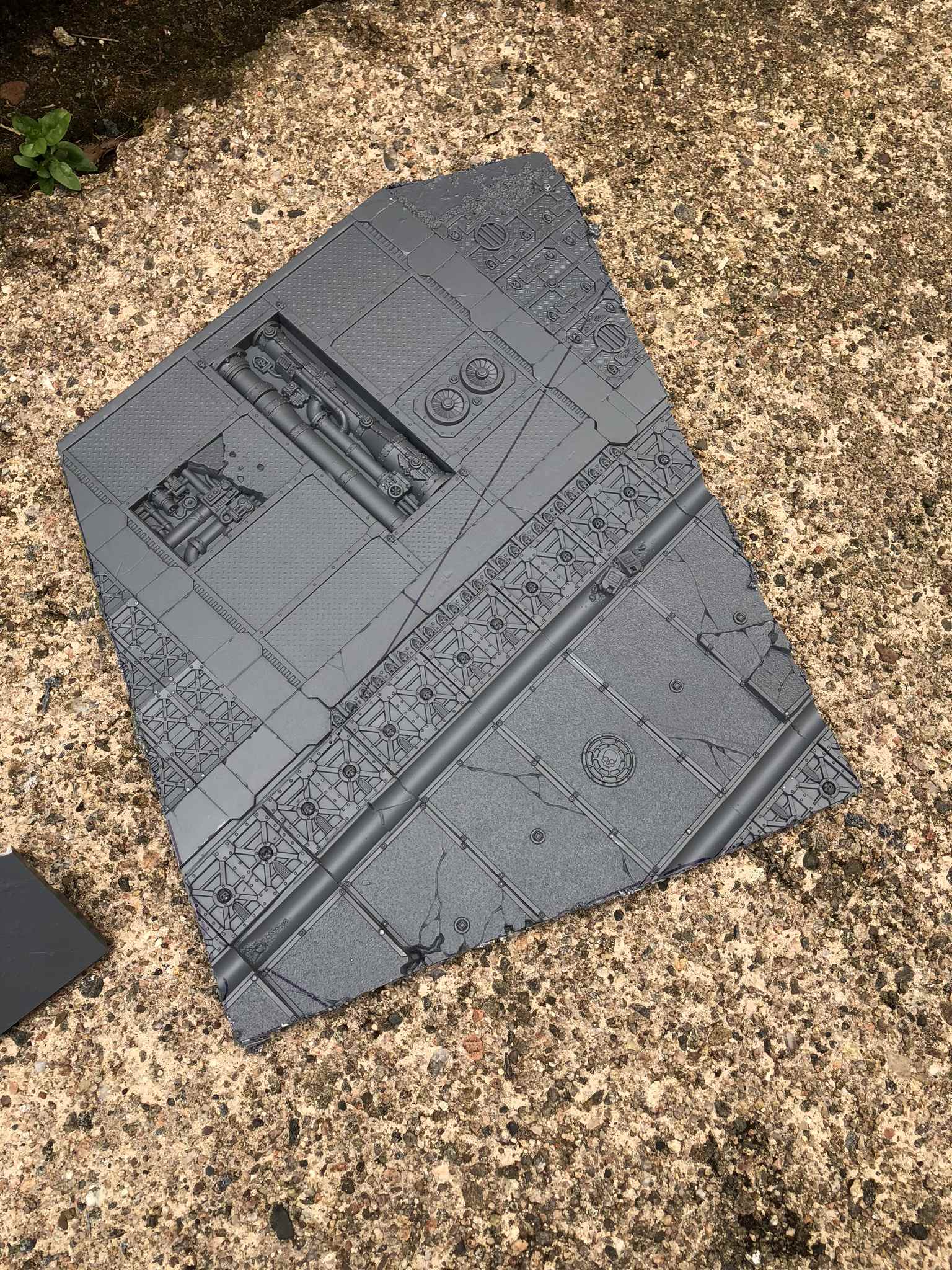 Which when laid over the board looks something like this: 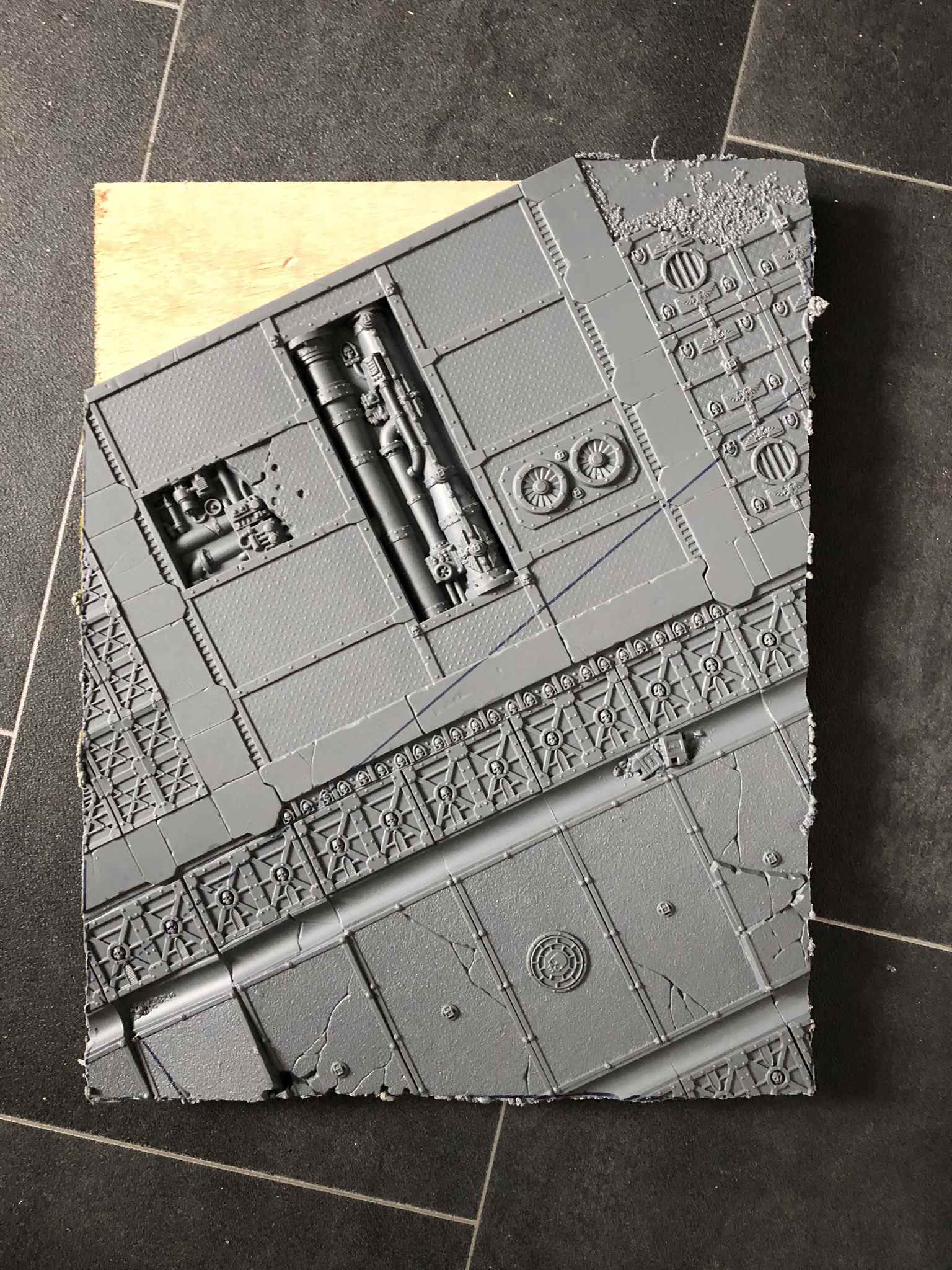 You might have noticed one of the corners is bare, due to where I cut the tile. That’s fine – I’m going to fill it with rubble or something similar, so it won’t be noticed once everything is complete.

You might also have noticed all the edges look a bit wierd. That’s because when you cut using a powertool, it usually generates enough heat to melt the plastic. I’ll be tidying that up when I get around to filling and sanding the edges – but that’s a job for another day!

One thought on “Armies on Parade – Starting the Display Board”